UAE investments increase to Georgia is an outcome of booming interest from the investor country.

UAE investments to Georgia have been increasing for the recent years, more and more Local businesses are attracted to invest in Georgia. 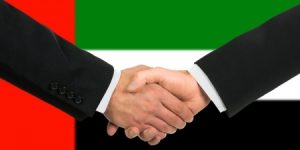 The growing investment opportunities and investment climate in Georgia have been the main subjects of discussion between various top authorities of the two countries in the recent months.

Booming trade and economic relations were the main topics of the discussions between the two authorities.

As noted at the meeting, the trade turnover will significantly facilitate the signing of the Free Trade Agreement with Georgia and the Gulf States.

The parties found important to speed up the signing of an economic agreement between Georgia and the United Arab Emirates and the establishment of the inter-governmental commission.

Positive trend in business relations was also highlighted during the visit of The Georgian President – Giorgi Margvelashvili, who visited the United Arab Emirates (UAE) last month, Georgian president, pointed out that Georgia and UAE have high potential to further enhance bilateral ties.

See more information regarding the topic:

Reasons to invest in Georgia?

Investment climate in Georgia is one of the best

Mr. Fady Asly Chairman of Channel Georgia Consulting was re-elected Chairman of the International Chamber of Commerce in Georgia